After my relaxing  Bali holiday, I got back to the business of Melbourne life. Work, salsa and bachata. I know, stressful right? But all too quickly, I was getting ready for my next adventure to Western Australia and the Red Centre.

There were definitely some bumps in the road before taking off. Actually, if you know me, this trip would be the first in a series of troubles that I had with cancelled/delayed flights and cancelled tours. But c’est la vie… I suppose. My flight to Perth was scheduled for early afternoon on a Sunday. Just as I was about to order my Uber and I got a text from TigerAir informing me that my flight had been cancelled. After being on hold for about an hour, I finally spoke to a human being and was told that the next earliest flight was Monday evening. As I had a tour scheduled for Monday at noon in Margaret River, TigerAir’s next “earliest” flight was just way too late. I ended up booking with a different airline and arrived in Perth at 3 am Monday morning – WA time. But focusing on the positives, I made it!

Later that morning, I picked up my rental car (free upgrade and GPS) and hit the road! With my accidental detours, I made it just in time for my tour of the wine region. What a great day! The weather was warm and fantastic. The tour stops were all unique and delicious! My favourite was probably Knotting Hill Winery (no, the name is  not based off of the movie). At the end of the tour, I headed back to the town of Margaret River. The town itself is pretty quiet, so if you’re there by yourself at night, there’s not much happening. 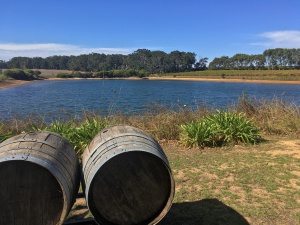 On Tuesday morning, I woke up reasonably early, picked up some postcards and headed to the Busselton Jetty. The Busselton Jetty is the longest jetty in the southern hemisphere going 1.8 meters into the ocean. If I had more time or better planning, I would have stopped by the jetty before going to the town of Margaret River because I ended up back tracking a bit but it was totally worth it.

After, I walked the jetty I went to the Visitor Center to get a Cave Lighthouse pass (discount!). I then hit the road, making it just in time for my tour of the Jewel Cave. Along the way I stopped at Hamelin’s Bay to try and see some stingrays but as it was windy and starting to cloud over, I didn’t have any luck at spotting stingrays. 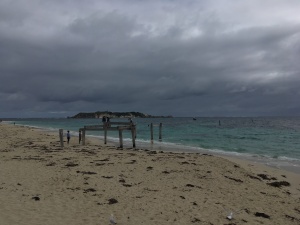 Jewel Cave is incredible. This is one of those times that I wish I had more than my iphone to capture photos. The cave is enormous. Just huge. The stalagmite and stalactite formations are just beautiful. If I had written this entry sooner, I would remember if it was a sandstone or limestone cave but regardless, it was a fantastic experience.

Once the Jewel Cave tour was over, I rushed off to my Cape Leeuwin Lighthouse Tour. I was able to walk to the top of the lighthouse and snap some incredible photos. The lighthouse is really interesting because it sits on the point where 2 oceans meet. Unfortunately, I wasn’t able to explore the rest of the lighthouse grounds because a storm blew in and the skies literally opened up.

At the time, this was a bit upsetting but it probably worked out for the best because it was already 2:30/3 pm and I still had a 4 hour drive to Albany ahead of me. Google maps, oh google maps, took me on some intense, curvy back roads and with the torrential downpours slowing me down, I ended up driving at dusk – which is something that I’d been trying to avoid.  Dawn and dusk means kangaroos. Kangaroos on the road are dangerous. I saw a few on the side of the road and one jumped in front of me but luckily I was going slow enough to stop. I made it to Albany around 7:30/8 and collapsed into bed.

Western Australia has a lot of natural beauty and Wednesday was jam packed with it. I started the day by driving to the top of Mount Melville. At the top of Mount Melville you can get a fantastic view of Albany. I then drove to Torrindup National Park and to the Gap and Natural Bridge. Standing above the Gap is terrifying. The waves are resounding and crushing. About 2 minutes away from the Gap is the Natural Bridge. It is awesome. While you can’t actually walk on it, it is cool to see it from afar. A short drive away, is Jimmy Newell’s Harbour Lookout. The lookout is gorgeous and actually reminded me a lot of a much smaller Wineglass Bay.

I then drove an hour or so to Greens Pools and the Elephant Bay Rocks (again a bit of backtracking. If I had more time, I could have planned this better). The Greens Pool is incredible and I’m sure it would have been even better on a sunny day. The Elephant Rocks totally look like elephants. I felt like I was standing in front of a herd of elephants. Definitely one of my favourite things. 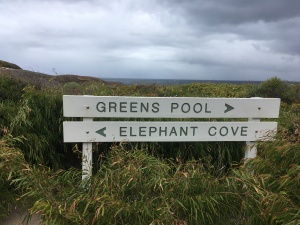 It was continuing to storm down, so with some trepidation I decided to drive to the Valley of the Giants to do the skywalk. Luckily, at the exact moment I arrived there was a break in the rain. The skywalk was incredible. The trees are really giants – towering high into the sky. Because the weather was miserable, there were very few people doing the walk, which contributed to peacefulness of the overall experience. After the skywalk I walked around the base of the trees in the Ancient Empire and then it was time to hop into the car – and head back to Perth. 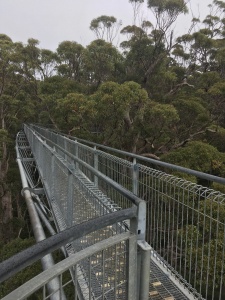 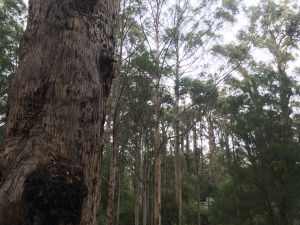 The next day, was my only full day in Perth. I walked around the CBD, which is not that big, and headed to Kings Park and Botanic Gardens (which sit at the top of the hill). The skybridge at Kings Park is very cool. Nothing compared to the Valley of the Giants but for the city, it is pretty impressive. I spent some time wandering the Botanic Gardens before heading to the Art Gallery of WA. 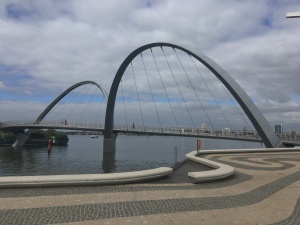 One of my favourite things about Australia, is that the galleries are free. I think I’ve been to 3 or 4 galleries since starting my trip and they always have an interesting perspective. The WA gallery had 3 things going for it – (1) part of it was an old courthouse and jail that they transformed; (2) they had a very interesting wing on aboriginal art; and (3) their special exhibition was of student artwork from high schools around the state. Numbers 2 and 3 were incredible. 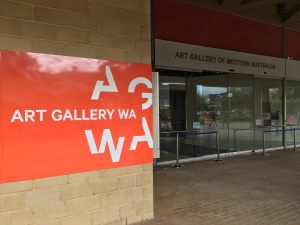 After the art gallery I hopped on a train to explore Freemantle. Fremantle is like the Brunswick or north side of Melbourne. It is awesome and there’s so much happening there. I would definitely recommend staying in Fremantle over Perth City.

Friday was my last day in WA and so I headed to Rottnest Island! I got up (reasonably early) and took the train to Fremantle to catch the Ferry to Rottnest (again poor planning – should have just stayed overnight in Freyo the night before). The Ferry is a bit of scam. It is so expensive but given it’s the only way to get there, what are you going to do. I rented a bike to get around the Island. Totally worth it! I would suggest bringing snacks, water and a towel. I spent the day solo biking around the Island and it was awesome. The weather was perfect. Not too hot. Not too cold. The Island is full of animals called Quokkas, which will come up to you and try and befriend you. Quokkas  look like giant rats and I may or may not have run away a few times, utterly terrified. Again, a bit of planning and research would have helped me here – as I later learned that they are quite friendly and are actually giant marsupial cats. After returning to Freyo on the Ferry and catching the train back to Perth, it was time to to hit the hay. 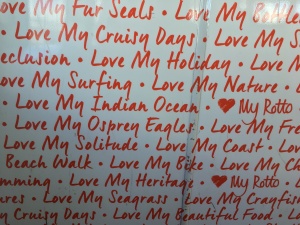 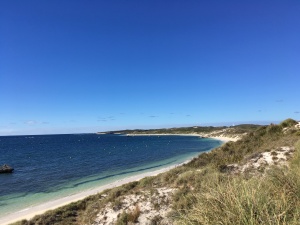