While I like to think I’m the centre of the world, I know that’s only partly true. Just kidding. Not true at all. That said, do you ever find yourself walking down the street, with your headphones in, listening to music, thinking to yourself, this is the soundtrack to my life? As I strut down the street, it’s almost like the scene out of a movie. No? Just me? Okay, moving on.

My 2018 (not counting the wee hours of dancing in the morning) started off fairly quiet. During the first week of January, I experienced my first 42 degrees Celcius day. That’s right!!  42 degrees!! Do you know how hot that is? It’s like an OVEN. AN OVEN. I spent the afternoon hiding from the heat with my new Canadian friend, A, at the NGV. The NGV had a special event on – the Triennial –  which I definitely had to Google (Triennial: means recurring every three years). The NGV Triennial was a free exhibition of contemporary art on all 4 levels of the gallery from artists around the world. It was spectacular. If you happen to be in Melbourne in 3 years, I highly recommend it. 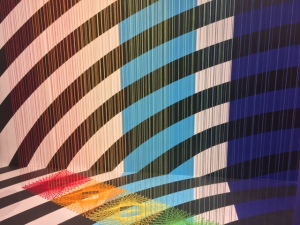 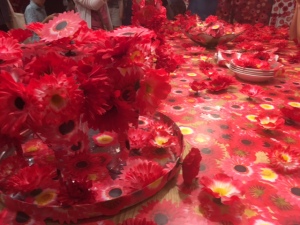 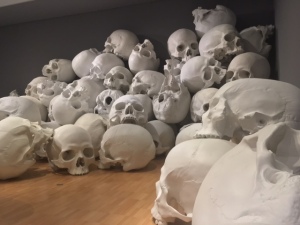 The NGV Triennial also had an event called Extra. Similar to First Thursdays at the AGO or Friday Night Live at the ROM, it’s a chance to be (or act) posh as you listen to music, have drinks and snacks, and are surrounded by art work until the wee hours of the morning. At this event, I met yet another Canadian – yay ex-pats! – and we had a fantastic time. We spent quite a lot of time on third floor which was great – as I hadn’t been yet. There was this really interesting exhibit which was a video playing of Julianne Moore and Alec Baldwin. Moore and Baldwin were portraying stories of refugees and immigrants. In a smaller room behind these giant screens were smaller tvs. On these tvs were videos of the actual refugees. The point of the exhibit was that we only stop and pay attention to stories that are told by celebrities. Those who are viewed as less important in society do not get their voices heard. At Extra, I also tried virtual reality for the first time. Very very cool! 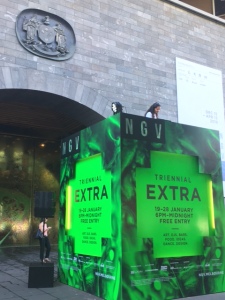 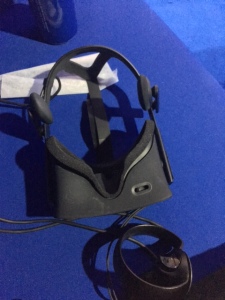 Circling back to my tirade about the heat and feeling like I was baking in an oven, one of the interesting thing about Melbourne weather is that it can change at the drop of a hat. Later that afternoon as I was sitting at one of Melbourne’s infamous rooftop bars the temperature dropped from 42 to 27 degrees within in hour. It’s called “the cool change.” If you’re ever in Melbourne in summer, you will come to appreciate it and love it.

I think I’ve mentioned this before but there is a real lawn culture in Melbourne. As in – it’s really common to see people sitting on the front lawn of the State library or chatting away on the lawn in the park, or sitting near the river bank reading a book (which is one pastime that I’ve adopted). It is partly this love of reading near the river bank that led to me venturing to the south side. As I may have said previously, there are some serious geographical divisions in Melbourne. North side. South side. West and East side (but some people would question whether there is  even anything west or east). Anywho, my southern adventures took me to South Melbourne and my first ever float tank or isolation tank. I’m not going to lie, I don’t think I get it. I didn’t find that I could calm my mind and enjoy the relaxation experience. I kept thinking – “how long have I been here?” and “how clean is this water?” and “how many people floated in this water before me?”. Germaphobe much? I logically understand that the high salt content of the water means that nothing can thrive in it but still… 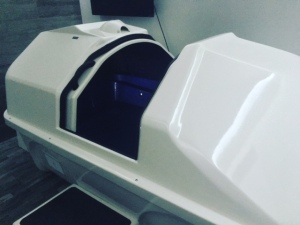 I’ve also trucked to south to explore the south side brunch scene. Not going to lie. It was spectacular. I then went even further south to get dance flats (yes!!! My first ever pair of dance shoes!!!!). At some point, I even decided to go to the South Melbourne Market on a weekend (I would describe the SMM as a classier, smaller version of the Queen Victoria Markets. It is less about fruit and veg and more about trinkets and crafts). I also checked out Port Melbourne, which is right near the beach! 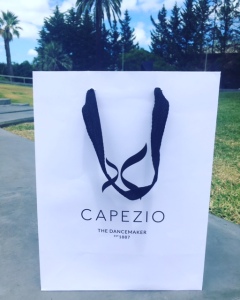 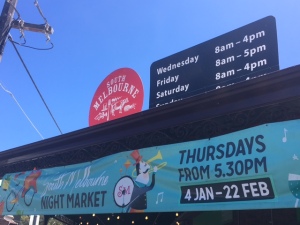 Northerners beware, the South Side has a lot to offer!

Salsa update – in the month of January we did “block turns”. I can only describe them as very intense and difficult. What contributed to the difficulty may have also been that this was my first ever salsa level 2 class. But braving the unknown, I wore my new flats and danced my heart out. It may not be true, but I like to think that I’m getting much better!! During the month of January I also signed up and participated in a 4 hour bachata bootcamp. There were a ton of people at the bootcamp (maybe too many people…) but it was great to do repetition of the basic bachata steps. Over the course of 4 hours we learned 12 steps and 1 turn pattern. In case you are dying to know, a 4 hour bootcamp is equivalent to about 10,500 steps. After the bootcamp I had a moment of delusion where I thought I could then go out social dancing afterwards but once I finally sat down I was COOKED.

I have not done heaps of shopping since being in Australia. Subconsciously or consciously, I realise that I over packed when I initially came to Australia and somehow I have to get it all home. That said – one evening my housemate and I went on a serious shopping adventure. My friend has a pair of black wedges with a thick ankle strap which are cute and very reasonably priced. I looked online to see where I could get a pair and the website informed me that the store “nearish” to my house had them in stock! Lucky! Even more fortunate, my housemate was kind enough to drive me for a quick trip to the shops. After wandering the store for about 5 minutes unable to find the shoe, we spoke to one of the sales reps. The sales rep did the same walk around we did and then looked in the internal stock system. She quickly came to the conclusion that the shoes were not actually on  the premises. The website had been referring to “phantom stock.” I think the sales rep must have felt bad because she went the extra mile to call some nearby stores and locate a pair of the shoes. What was supposed to be a 30 minute trip ended up taking almost 2 hours and included significantly more driving than intended. Lucky for me I have the best housemate ever.

Did you know that the Australian Open is held in January in Melbourne? I for one have never paid a lot of attention to tennis or given it much thought but what a time to carpe diem.  I attended with my friend T and his friend J and we got a ground pass for the full day. We arrived just after 10. The crowd was huge (worryingly so) but it ended up that the crowd size was  a result of the gates not being open yet. All and all it was pretty smooth and easy to get in. Looking back, I would recommend going to the Hisense arena first and then getting a re-entry pass. We ended up going to the show courts first and trying to get into Hisense later in the afternoon. At that point, the woman at the Hisense entry basically told us it would be a 2-4 hour wait and it would be better to watch the matches on tv if we really wanted to see a particular match. That said, as a non-tennis person, I was totally happy watching the show court games. I saw 4 matches (women’s’ doubles, men’s’ doubles, men’s singles, a legends match) and the start of a second women’s doubles. My favourite was probably the legends match because they were hilarious and were obviously not taking the game seriously at all. I also really enjoy the style of doubles matches. By the end of the day I felt like a pro with all my tennis knowledge. “Love.” “Let.” “40-all.” “Deuce.” 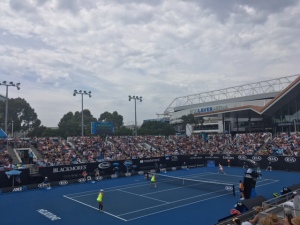 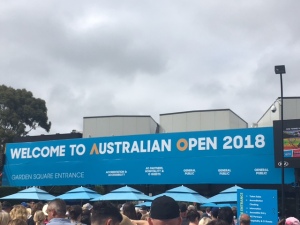 I had my first Australia Day in Australia. The actual date of Australia day – January 26 – is a pretty controversial and many Australians do not celebrate the day. I went to a chilled out bbq but I would say the bbq was more about spending time with friends than an Australia Day event per se. Who knows – maybe next year the date will have changed.

In January, I also had a chance to check out the Mornington Peninsula. I went to Point Nepean National Park and walked from Gunners Cottage to Fort Nepean. It is a beautiful place. The landscape is very dry and the sea breeze wafts in from the ocean. On my walk, I saw another echidna (go me for spotting Australian marsupials). 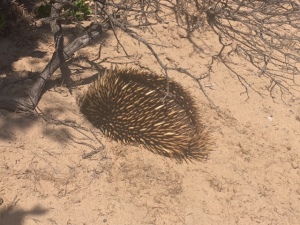 Unfortunately (and fortunately) the hike was pretty rushed as I needed to be back in Melbourne to go the AO women’s finals. What a incredible game that was. The match was a nail biter. Simona Halep from Bulgaria versus Caroline Wozniacki from Denmark. The separation in points was close throughout, with intense rallies between these 2 pros. The court was an unbelievable 36 degrees (which seems impossible for any kind of physical activity). I was cheering for Caroline (who at the start of the match was ranked #2 and the underdog) and she ended up winning! Woohoo!! 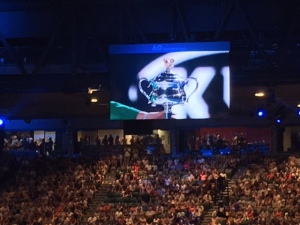 The Australian summer heat ultimately led me seek solace at an ice skating rink (…. so Canadian eh). I think that day was an unbearable 38 degrees and going outside meant melting to death. Skating was heaps of fun and reminded me of home. It felt almost like a normal January day back in CA. That is, until I left the safety of the ice rink and walked back into the heat. What is worse? Really hot days or really cold days? I’m still undecided but my summer January in Melbourne was busy and fantastic! A great start to the new year! 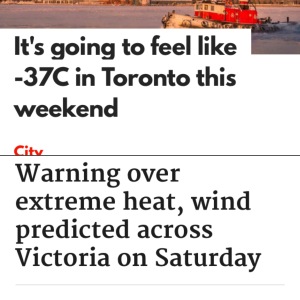